Creepy photos show that we do have something supernatural at this world. 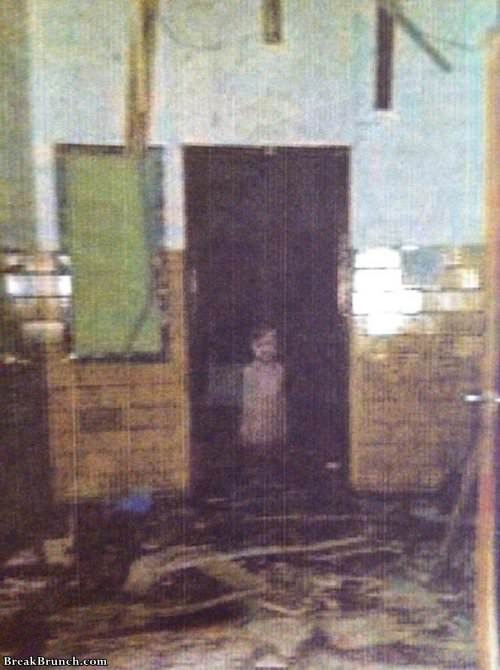 I grew up in a small, rural town in between mountains. A couple of years ago, they were tearing down an old elementary school. A guy my mom knew went in and took pics with his cell phone. When he uploaded them, this was one of the pics. 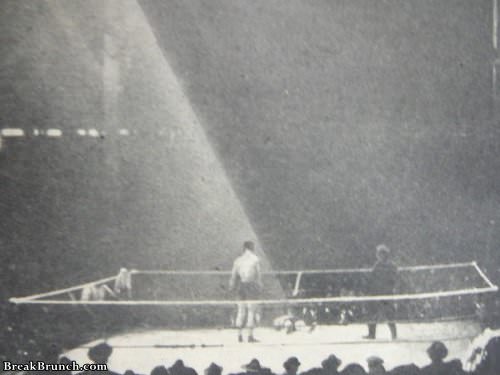 Luther McCarty, one of the early 20th century “great white hope” fighters, collapsed in the first round of a fight from what appeared to be a very light punch. As the referee counted to ten, light shone in from above on a sunless day and directly onto McCarty’s face.The light then went out right at the count of ten. McCarty died eight minutes later of a brain hemorrhage.

My friends took these at a cemetery in Massachusetts. They all agreed to snap pics and not look at any of them until after they left the cemetery. This was the result. 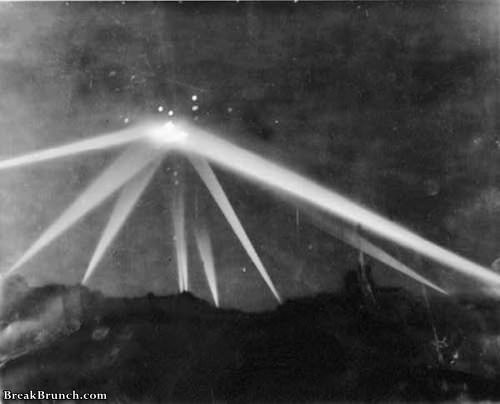 I’m surprised nobody as done the battle of LA in 1942. Pretty crazy stuff, with the army attacking a UFO. So many witnesses said they saw something. 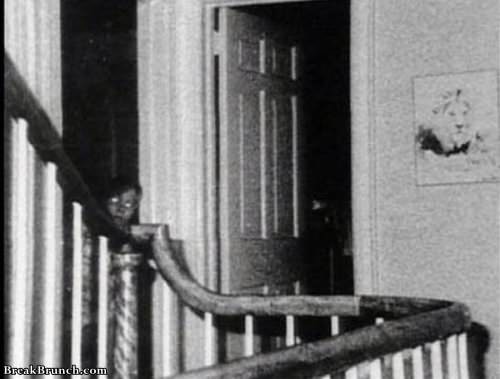 It was taken during the investigation of the house by paranormal investigators Ed and Lorraine Warren. I believe that this is one of the few pieces of evidence that the house was not normal.

This creepy face in between my great grandparent’s heads. 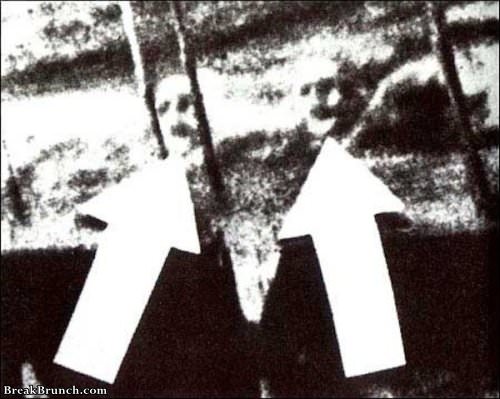 The S.S. Watertown photograph is an interesting case. The faces if two sailors who were buried at sea following an industrial accident and the sailor’s faced appeared in the waves and seemed to follow the ship off and on for days. A photo was taken and never disproved. 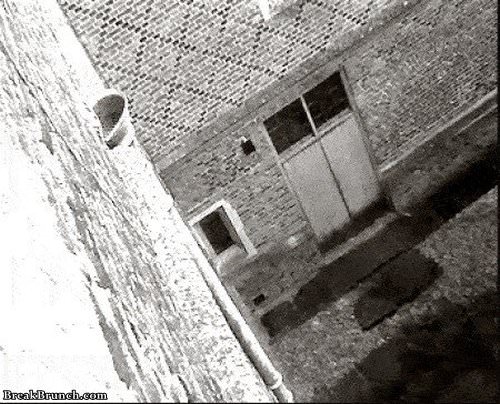 In late December 2003, security cameras at Hampton Court Palace captured a startling image. Security guards were unsettled to repeatedly find a fire door open when no one was apparently around. Upon checking the security tape, they were shocked by a ghostly figure, closely resembling King Henry VIII (who died in the 1500s). 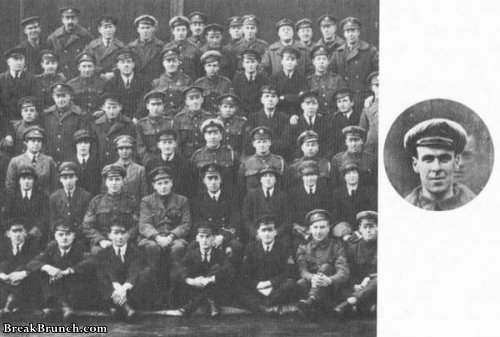 This group picture of some soldiers was taken in 1919 so no photoshop has been used here. The photographer didn’t see that shadowed face when the picture was taken. First later some of the soldiers saw the picture and recognized the face as a fellow soldier named Freddy Jackson, who died in an accident caused by an airplane propeller two days earlier. If it’s real I actually feel sorry for that poor guy.. He still thought he was alive and wanted to be part of the group photo. 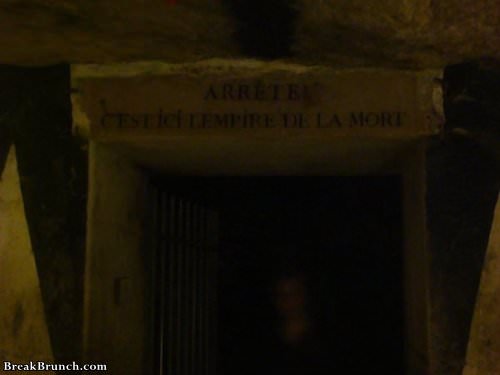 I took this right before I walked into the Parisian catacombs. The entrance says “STOP, THIS HERE LIES THE EMPIRE OF THE DEAD”. 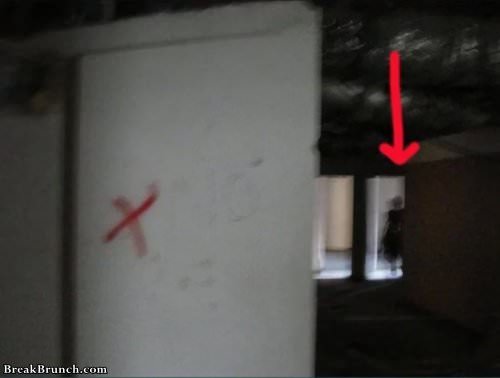 This photo was taken at a now-abandoned hospital where I used to work. 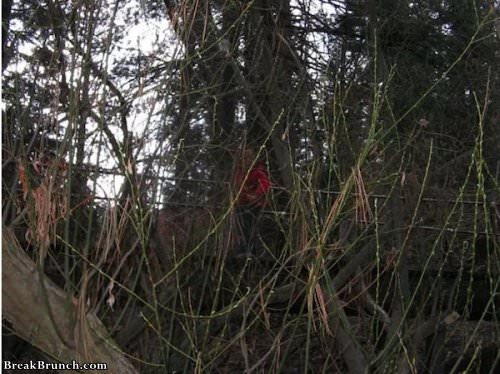 I took this pic with my digital camera near a residential rental in Hidden Hills Ca. This was a chance photo. I took picture because I thought the vegetation looked eerie. This is what appeared when I viewed picture. Even though I believe in the existence of ghosts, I still found myself scrutinizing the photo, trying to find some logical explanation for what I saw. I didn’t believe the color would be so vibrant there are also a few other anomalies that appear a floating head and some type of old west mountain man. Yeah, like I was saying, when I looked back at the vegetation there were no red and blue or bright white that I could have mistaken for the clothing.

Apparently a little girl died in front of the right window. Look in the bottom of the window. Also there other picture of this window by other sources where the face is captured but in different locations, so it isn’t a physical object inside the house.

Here is an image I captured last year in my motel room in Virginia City, Nevada. Look at the mirror to the right, no reflection. I also believe there is a second spirit. You can make out a face over his shoulder. First image is original and untouched. I played around with the image and was amazed to see the shadow take the shape of a man 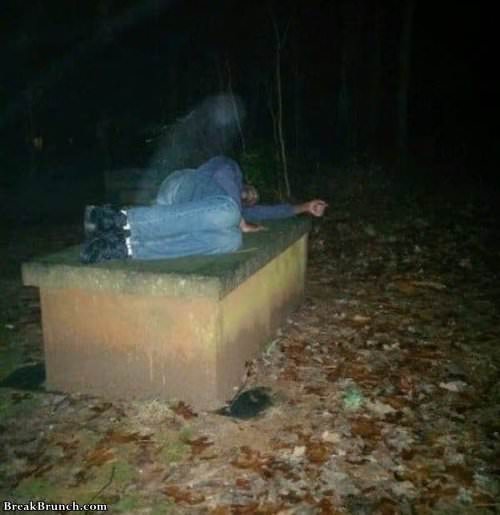 This is a photo of my uncle that my mom took one night in a cemetery by a bar they were at. He is lying on a Revolutionary War-era grave. 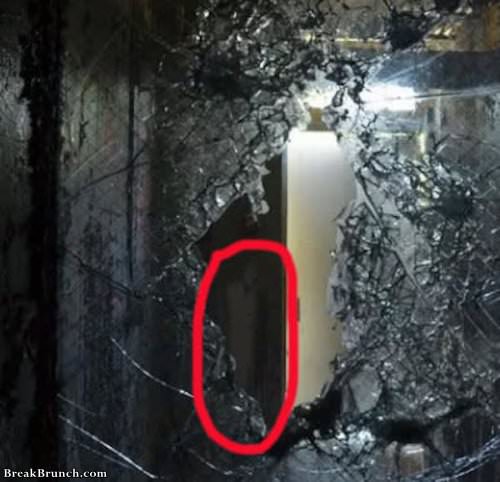 “I photograph abandoned locations, including mental asylums. At an abandoned children’s asylum in New York, through the crack in the door, I saw a white-haired man in a doctor’s coat, staring at the ground in shame. Considering the tumultuous history of this asylum and the controversy surrounding the deaths of hundreds of children, it was fitting.

A friend of a friend was going through his photos from last year’s hunting season and found this pic. He says the trail cam is activated by movement yet there were no pics of the entity anywhere else except in this photo. If it were a person there would have been several photos where the person entered into the vision field of the camera, yet only this photo was taken. 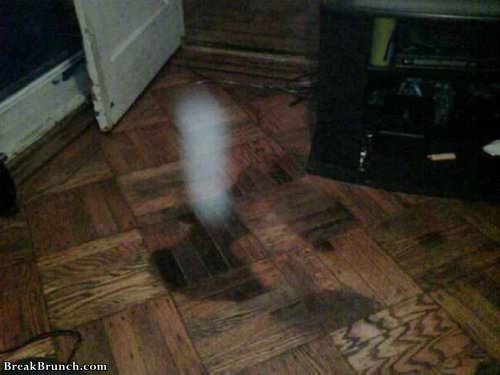 I pulled up some carpet at the apartment I grew up in Queens, NY because I knew there was perfectly good wood floor under it. After putting the room back together I noticed a dark stain that kind of looked like a body. Almost like a body was left there for a long time and stained the floor so I snapped this pic. Sorry for the quality; it was taken 2008ish on a Blackberry Bold. The white object is what is strange or ‘unexplained’ about the pic, not the stain. 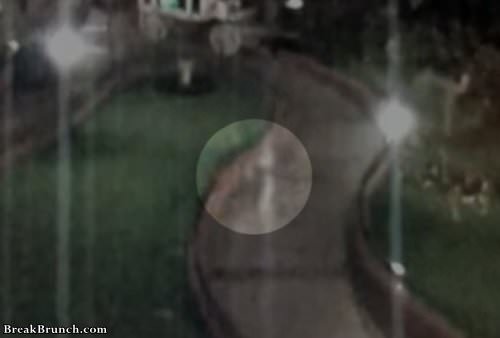 One of the most convincing ghost videos I’ve ever scene is the Disneyland ghost. It’s a video of the security monitors after the park was closed and the ghost is caught on multiple angles. The ghost leaves the Haunted Mansion(where else in Disneyland is a ghost gunna hang out?), walks through the closed gate at the entrance of the attraction and continues to walk out over the water surrounding Tom Sawyer’s island. 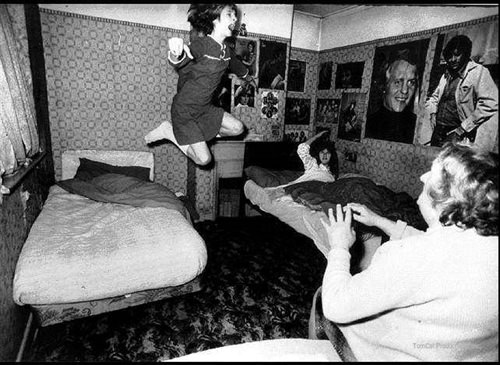 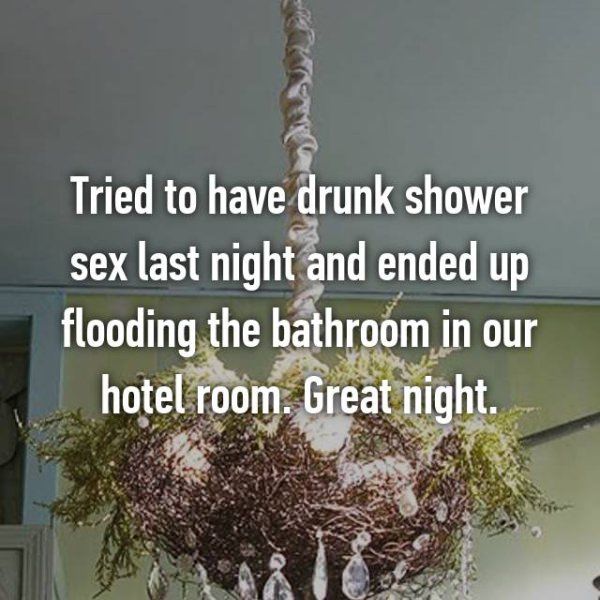 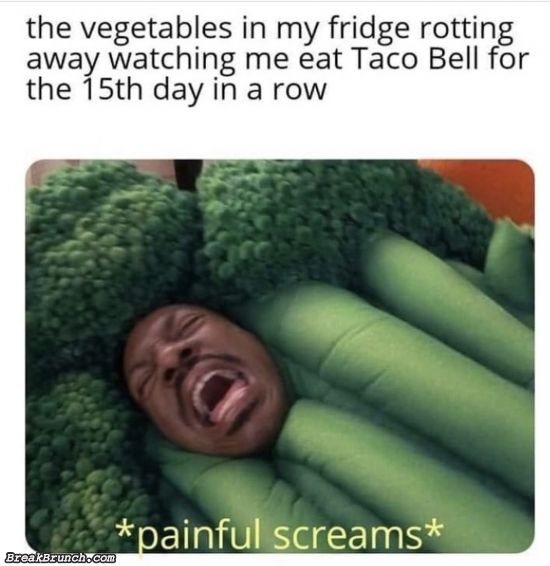 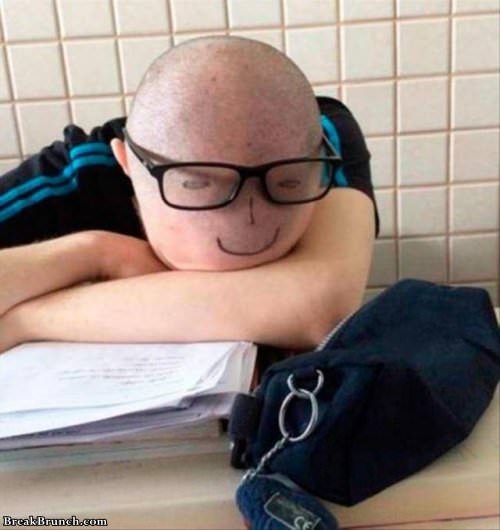 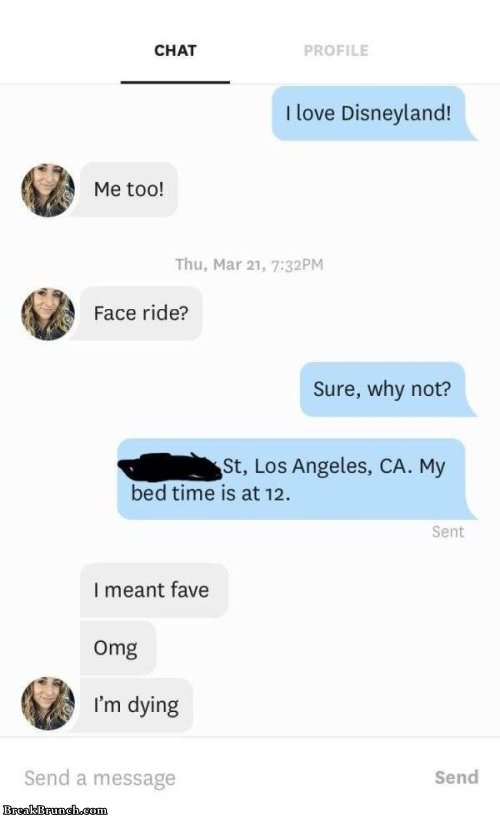 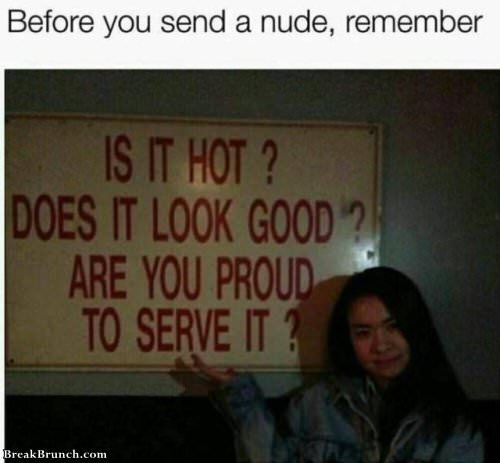 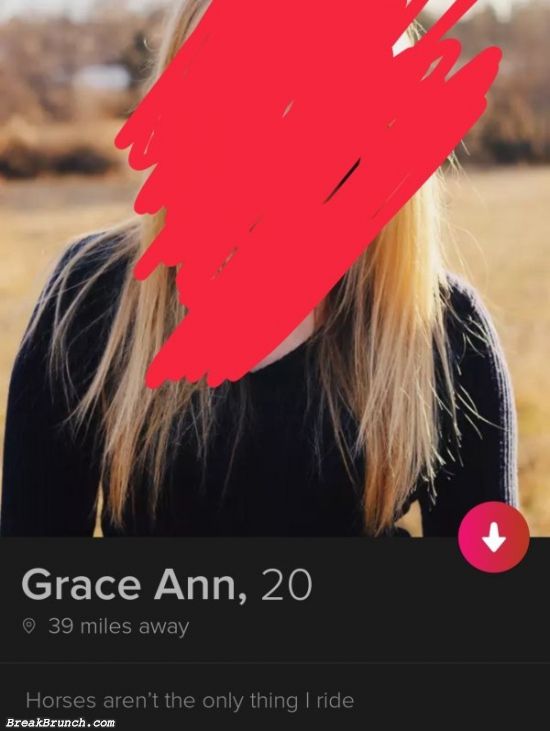 If you are into Russian auto industry

24 memes only married men will understand

I am gummy worm guy 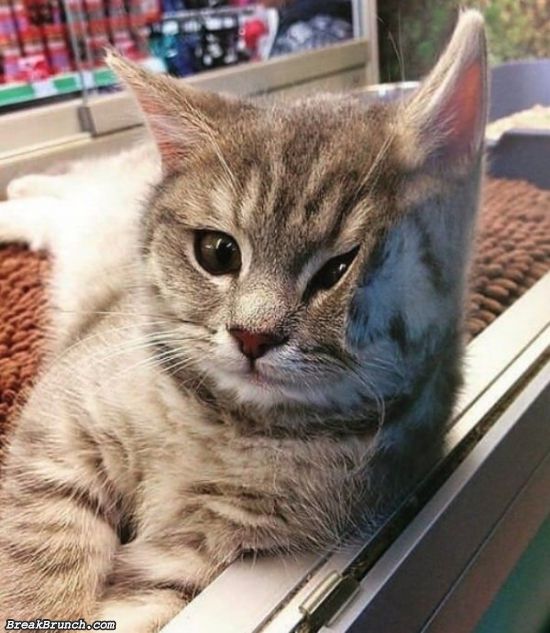 When nothing makes you happy anymore 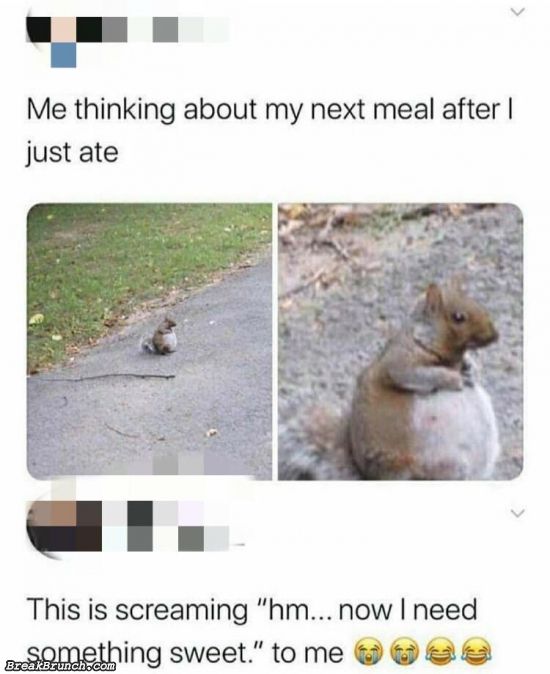 When you realize that was flirting with you 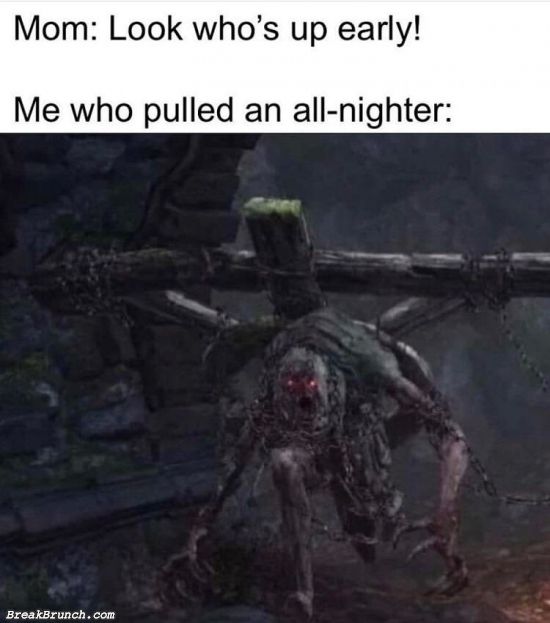 Stay up all night 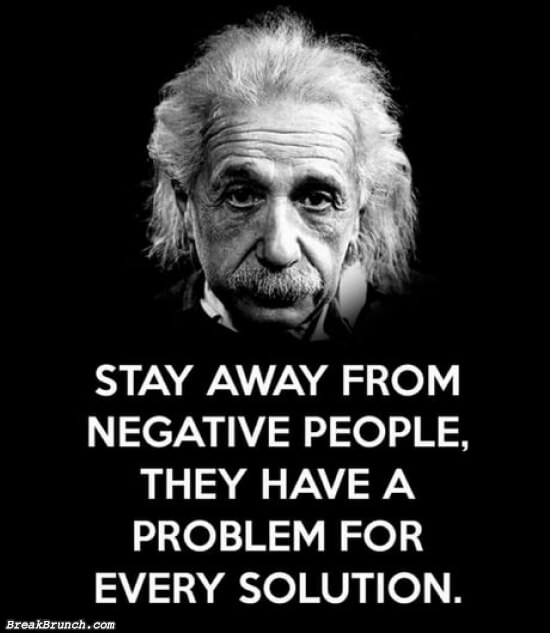